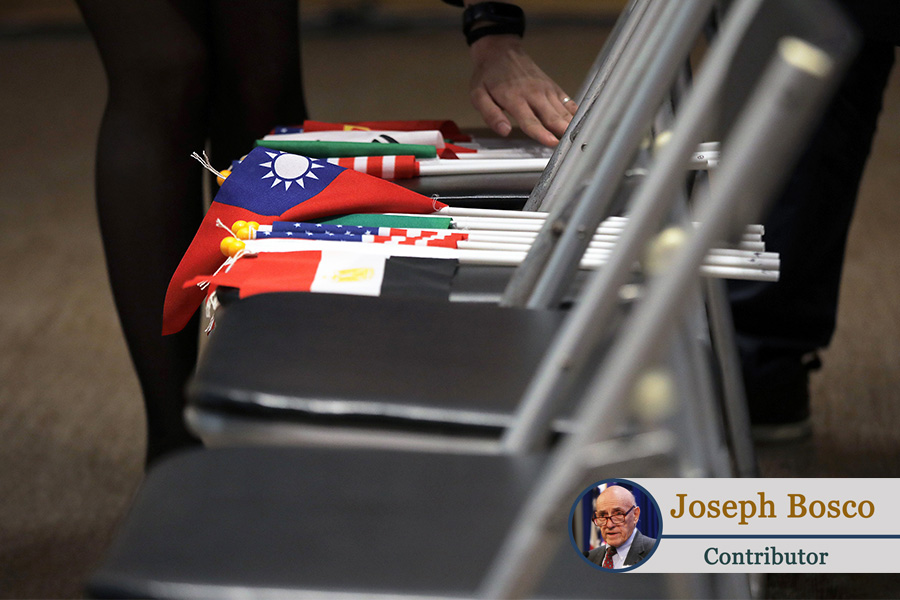 A Mini-Marshall Plan to Retain Allies

◎ Can the leaders of these small, weak nations be expected to muster greater courage and fortitude than one of the world’s great ethical icons?

Those are the names of 16 governments that rarely make the international news unless they suffer some natural disaster — or, in the case of Nicaragua, a new political crisis.

They are all small states and all very poor. Importantly, they are also all democracies, though a few, such as Nicaragua, have governance problems.

They share something else in common, something that soon will enable them to play an outsize role on the world stage: Along with the Vatican, they are the only governments on the planet maintaining official diplomatic relations with democratic Taiwan.

Until a few months ago, El Salvador, Panama and the Dominican Republic were also part of the group, but intense pressure from the People’s Republic of China, accompanied by massive amounts of money, persuaded them to switch diplomatic recognition to China.

Inevitably, they will experience their own conflict over abandoning a fellow small democracy — although Taiwan’s 23 million people exceed their combined populations and its national wealth dwarfs their combined economic resources.

The dilemma cannot justly be placed entirely on moral grounds — Chinese communist money versus democratic loyalty — since caring for an impoverished population is itself a moral imperative for these governments.

Nelson Mandela, when he was president of the far larger South Africa, described the agony of conscience he felt when, compelled to help his people devastated by apartheid, he finally succumbed to Beijing’s financial inducements and switched diplomatic allegiance from Taiwan to China.

Can the leaders of these small, weak nations be expected to muster greater courage and fortitude than one of the world’s great ethical icons?

One significant factor can affect the balance and make their choices different from, and less arduous than those faced by a dozen or so other small states in recent decades.

This time, the US government has stepped in to urge the small group of Taiwan’s diplomatic partners to hold the line against Chinese coercion.

The administration of US President Donald Trump withdrew its ambassadors from the three Central American governments shortly after they abandoned Taiwan, implicitly threatening any additional defections with the same treatment.

Meanwhile, a bipartisan group of US senators has drafted legislation that encourages the US Department of State to “downgrade US relations with any government that takes adverse actions with regard to Taiwan” and/or to cut foreign aid and military assistance.

However, more than punitive measures are needed from a united US Congress and executive branch, particularly given the charge of hypocrisy that can be leveled against any government that browbeats the 16 holdouts to hold out indefinitely — the Vatican is in a different category.

Every other nation long ago switched diplomatic recognition from Taipei to Beijing. Most did so for the same self-interested reason — financial favors and/or anticipated economic benefits from the vast Chinese market.

Washington, uniquely, is on somewhat higher moral ground to make the case for perseverance. Its termination of official diplomatic and military relations with Taiwan in 1979 was quickly followed by passage of the Taiwan Relations Act establishing strong quasi-official political and security relations.

The US’ provision of defensive arms and rhetorical support has ensured Taiwan’s survival as a de facto independent state in the face of ongoing Chinese threats.

It should collaborate with Canada and Mexico — its Western Hemisphere neighbors — and with Japan, Singapore and South Korea — Taiwan’s neighbors — to put together an economic development package to offset at least in part the monetary and employment rewards the 16 states would have garnered as the bounty for abandoning moral principles.

Such a mini-Marshall Plan would fortify the small states that have suddenly found themselves on the front line of a new phase of the Cold War China has declared on Western ideals and institutions.

It might even encourage some of the recent defecting states to return to the fold in support of a fellow democracy. That would be good for their moral — and possibly financial — health, good for Taiwan and good for the democratic world.