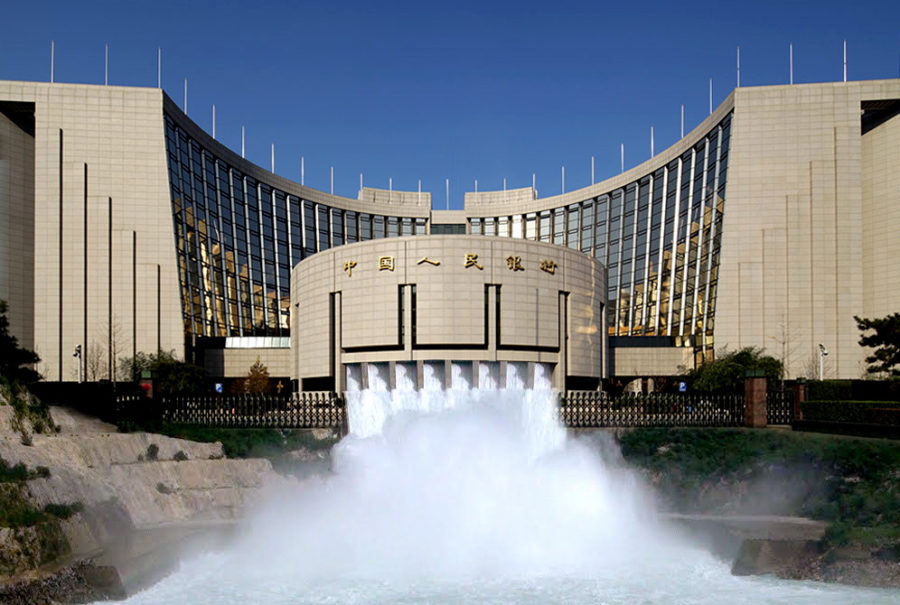 ◎ The central bank’s injections suggest that it does not have enough collateral to print money.

On July 23, the People’s Bank of China (PBoC) lent 502 billion yuan (about $74.36 billion) to financial institutions at a rate of 3.3 percent through its one-year medium-term lending facility (MLF). The PBoC said in the same statement that it skipped reverse repurchasing operations that day. Given that there were 170 billion yuan worth of 7-day reverse repos due on July 23, a net 332 billion yuan has been injected into the open market.

The backdrop:
The central bank announced two MLF operations with a total investment of 403.5 billion yuan in June 2018. On July 13, the PBoC rolled over 188.5 billion yuan of MLF with rates unchanged.

In early June, the PBoC announced that it was expanding the scope of MLF collateral to include small-and-micro companies (not below “AA” rating), green and agricultural financial bonds, and highly rated loans (“AA+” and “AA” rating) of small companies.

On July 18, the PBoC issued “window guidance” (informal verbal instruction) to provide additional MLF funds to support lending and bond placements. MLF loans are to be provided to commercial banks at a 1:1 ratio for corporate bonds rated AA+ and above, and at a ratio of 1:2 for corporate bonds rated below AA+. Banks can only issue the loans to the industries, and not to financial institutions.

The big picture:
Stock markets in China have been plummeting since United States President Donald Trump signed a memorandum regarding the results of Section 301 investigations into the Chinese regime’s forced technology transfers and intellectual property theft in March. Between March 22 to July 19, A shares in the Shanghai Stock Exchange fell by as much as 15.5 percent. The renminbi (RMB) exchange rate to the U.S. dollar also dropped from 6.31 to the 6.8 level.

In the first half of 2018, China’s M2 growth rate and social financing scale fell to record lows.

Meanwhile, China’s corporate bond defaults are on the rise. On July 5, Yongtai Energy Co. Ltd. defaulted on its bonds. With a credit rating of AA+ and total liabilities of 72.16 billion yuan in Q1 2018, Yongtai could be the biggest corporate default to date.

Recently, many Chinese peer-to-peer lending platforms (P2P) have either shut shop or are running into trouble. From July 1 to July 18, a total of 111 P2P lenders across China encountered some form of business problem, and 28 of them announced liquidation.

On July 20, President Trump said in an interview that the U.S. is prepared to impose tariffs on all Chinese exports to the U.S.

2. The central bank’s injections suggest that it does not have enough collateral to print money, and can only continue to lower the threshold of collateral and use junk bonds as anchors.

3. We believe that most of the liquidity released by the PBoC will flow to government financing platforms and the real estate industry to prevent debt defaults that could cause a break in the housing capital chain and the collapse of the property market. However, the expectation of declining value of RMB assets could increase pressure on Beijing to depreciate the RMB and trigger another drop in the currency exchange rate.

4. While the fresh MLF injection can temporarily alleviate the liquidity problem in China, it could also make local governments presume that the central government would rescue them from their severe debt problems to save the regime. This presumption could lead local officials to continue growing local debt as they strive to secure political results, and in doing so, escalate the debt crisis and endanger the regime.