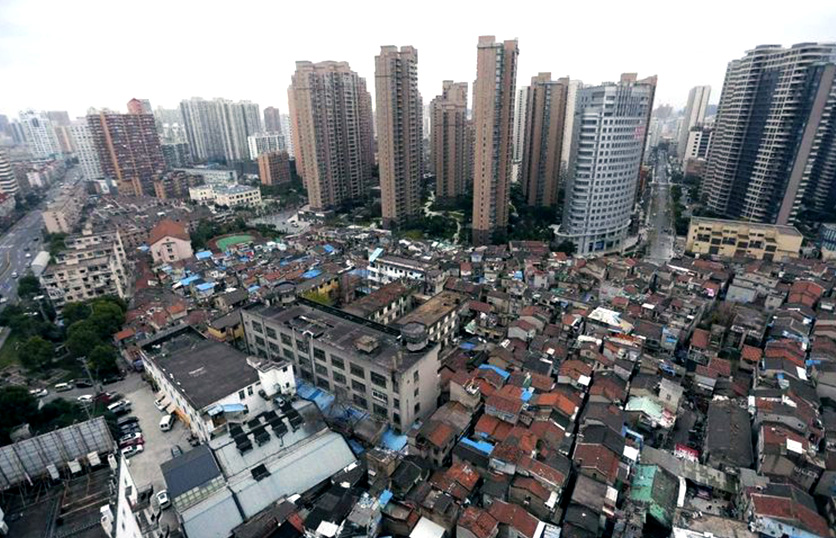 ◎ The Chinese regime has been shifting government and national debt to the Chinese people via the “monetization” of shantytown redevelopment projects.

News that the China Development Bank (CDB) had ceased funding new shantytown redevelopment projects first surfaced on the Chinese internet on June 25. Many observers believe that CDB’s move meant that shantytown redevelopment projects would no longer be supported, and the “monetization” of the projects would be halted. In the morning of June 26, real estate stocks plummeted, including the shares of notable property developers like Country Garden, Logan Property, Future Land Holdings, and Sunac China.

CDB has since denied that it has stopped supporting shantytown renovations. The bank also said that had loaned out 436.9 billion yuan ($65.9 billion) to shantytown redevelopment projects from January to May 2018. Further, the bank said that its headquarters would approve and sign new contracts for shantytown renovations (previously done at the branch level), and that it was temporarily not accepting new projects. However, the People’s Bank of China’s (PBoC) falling pledged supplementary lending (PSL) figures in April and May indicate that the CDB is, in fact, winding down support for shantytowns. 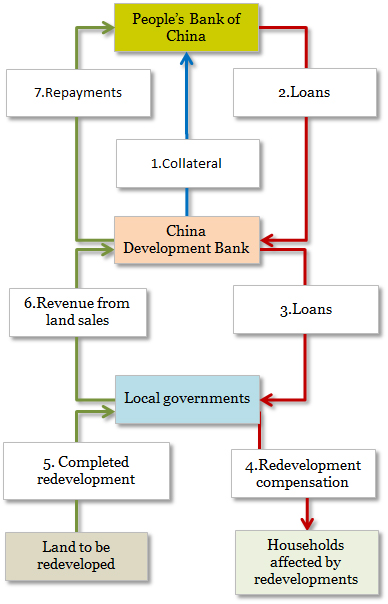 In 2016, the PBoC had issued 971.4 billion yuan through PSL. The CDB received most of the funding. In the past three years, the CDB had loaned out over 2 trillion yuan to support shantytown redevelopment projects.

On June 28, 2018, China’s Ministry of Housing and Urban-Rural Development, Central Propaganda Department, Ministry of Public Security, Ministry of Justice, State Administration of Taxation, General Administration of Market Supervision, China Banking Regulatory Commission, and other departments jointly issued a regulation to launch a nationwide campaign to crack down on property irregularities in over 30 cities, including Beijing, Shanghai, Chengdu, Wuhan, Yichang and Foshan.

The big picture:
In the first half of this year, property prices in many Chinese cities have skyrocketed. Prices of property in third and fourth tier cities have also shot up.

Our take:
1. The Chinese regime has been shifting government and national debt to the Chinese people via the “monetization” of shantytown redevelopment projects.

The logic to the Chinese Communist Party (CCP) hiking property prices and aiding property developers in clearing inventory is as follows:

2. Property prices go up wherever there are shantytown redevelopment projects. And because most of these projects are carried out in third and fourth tier cities, the property markets in those cities have heated up. In some cities, prices have increased nearly 50 percent from the previous year. The availability of PSL funding attracts people to purchase property that would have difficulty being sold without PSL, and the PSL can easily be recouped from the cycle mentioned in the point above.

3. According to government schedules, nationwide work on shantytown projects should be completed by 2020. But as the property bubble expands, the Chinese regime cannot help but rein in its policy. The introduction of other policies to restrict property sales has the effect of locking up capital in the property market for the next three to five years. While the people can circumvent the property sales restrictions by arranging sham marriages and divorces, going through the process takes time, and money would not leave the markets too quickly. However, the CCP risks escalating social risks by indirectly encouraging the Chinese to engage in morally questionable behavior to profit from the property markets.

4. The “monetization” of the shantytown projects means that individual housing mortgage loans are replacing the development loans of the government, banks, and developers. In other words, government limited liability has become individual unlimited liability, and China’s banking and financial system is facing substantial systemic financial and social risks.

The reduction of PSL means tightening liquidity. And with third and fourth tier cities suffering from net population outflows, property owners would eventually have problems renting out or selling their property.