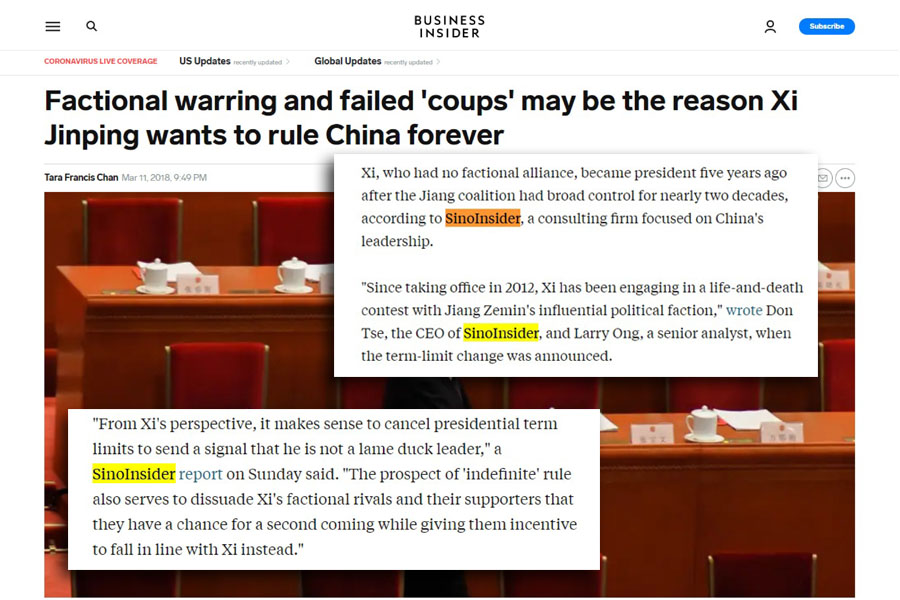 Xi, who had no factional alliance, became president five years ago after the Jiang coalition had broad control for nearly two decades, according to SinoInsider, a consulting firm focused on China’s leadership.

“Since taking office in 2012, Xi has been engaging in a life-and-death contest with Jiang Zemin’s influential political faction,” wrote Don Tse, the CEO of SinoInsider, and Larry Ong, a senior analyst, when the term-limit change was announced.

“From Xi’s perspective, it makes sense to cancel presidential term limits to send a signal that he is not a lame duck leader,” a SinoInsider report on Sunday said. “The prospect of ‘indefinite’ rule also serves to dissuade Xi’s factional rivals and their supporters that they have a chance for a second coming while giving them incentive to fall in line with Xi instead.”