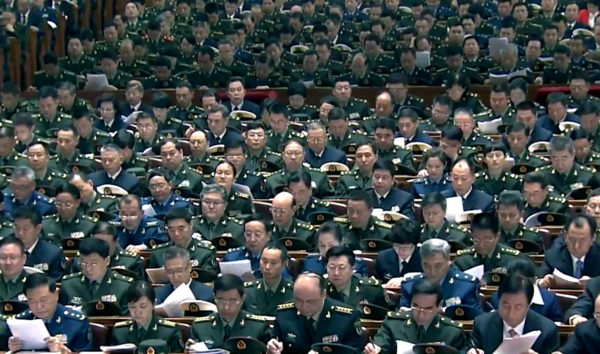 ◎ Although the broader military structural reforms are done, the Xi administration will likely continue to reshuffle the senior military leadership frequently.

Since the conclusion of the 19th Party Congress in October, the senior commanders of several provincial military districts have joined their respective provincial Party Standing Committees. As of Jan. 4, at least 15 provinces have uniformed members in the top provincial Party ranks.

The fifteen uniformed Standing Committee members: The senior officers who joined the provincial Party committees are either military district commanders or political commissars. They are:

Why it matters: The military districts didn’t partake in the rounds of provincial Party committee reshuffles in 2016 and 2017 because the People’s Liberation Army was in the midst of reform. So senior military officers again joining provincial Party Standing Committees indicates that troop reform is almost completed.

Our take: Although the broader military structural reforms are done, the Xi Jinping administration will likely continue to reshuffle the senior military leadership frequently. That is because the Jiang Zemin faction still has a presence in the military, while several veteran generals whose powers were reduced under Xi continue to oppose his reforms.

To prevent the gathering of an opposition coalition and strengthen his control over the military, Xi will have to keep shifting personnel and gradually promote a younger generation of generals to the senior leadership.