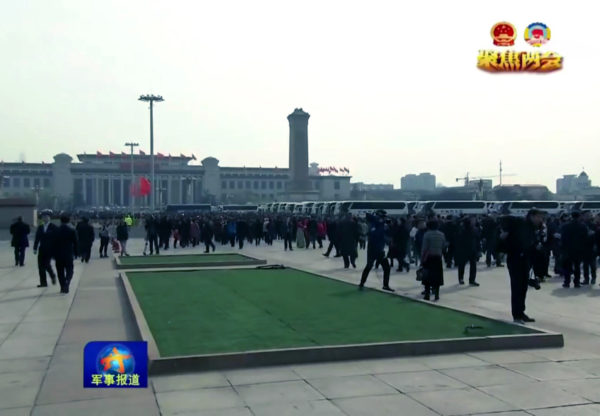 ◎ While CPPCC members have no actual power, the political advisory body is still one of the four leading governing branches in the Chinese regime.

We wrote in October 2017 that Wang Yang would serve as CPPCC chairman. His inclusion in the 13th CPPCC indicates that his appointment as CPPCC head is virtually guaranteed.

1. More than half of the CPPCC leadership has been replaced. Twelve of the 22 CPPCC vice chairpersons stepped down, including People’s Bank of China president Zhou Xiaochuan, and CPPCC vice chairs Du Qinglin, Chen Yuan, Wang Jiarui, and Li Haifeng.

2. About 63 percent of the total CPPCC members were replaced.

4. Several members of the Jiang Zemin faction who stepped down from important posts at the 19th Party Congress in October were included in the 13th CPPCC. The CPPCC is considered a sinecure body.

Our take:
1. While CPPCC members have no actual power, the political advisory body is still one of the four leading governing branches (the Party, the state, the legislature, and the CPPCC) in China. For instance, CPPCC Standing Committee members are entitled to preferential status equivalent to a vice ministerial-level official. Businesspeople and celebrities in the arts and literary sector thus covet CPPCC membership because it gives them access to officials and official prestige, which can be leveraged for profit.

2. The CPPCC admitted organized crime members, corrupt businesspeople, and other unscrupulous characters during the Jiang era, a loosely regulated period where corruption was rife.

3. The 13th CPPCC list is revealing of the extent to which Jiang faction elements have been cleaned out in the government.