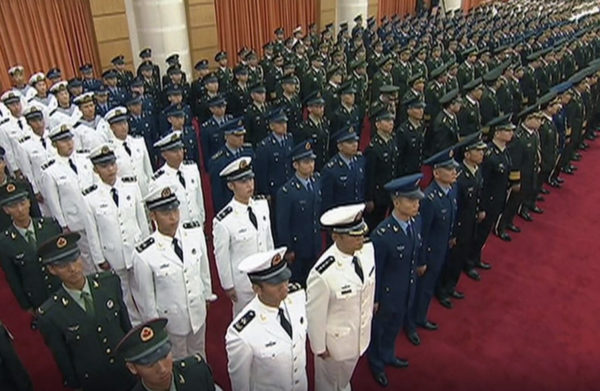 On Jan. 4, four army generals were promoted to the rank of major general. Three of the generals were cadres who oversaw political work, while the remaining general was a deputy chief of staff.

On Jan. 9, a navy general from Unit 91811 based in Guangdong’s Chaozhou City was elevated to major general.

The backdrop: The flurry of promotions took place alongside a reshuffling of military personnel.

Our take: In our earlier analysis of why Xi Jinping downsized the Central Military Commission, we wrote that Xi would seek to promote a new guard of generals over the next five years to replace the current crop of senior generals who rose up the ranks during the Jiang Zemin era. Xi needs to groom a new military leadership core to safeguard against a possible coup attempt.