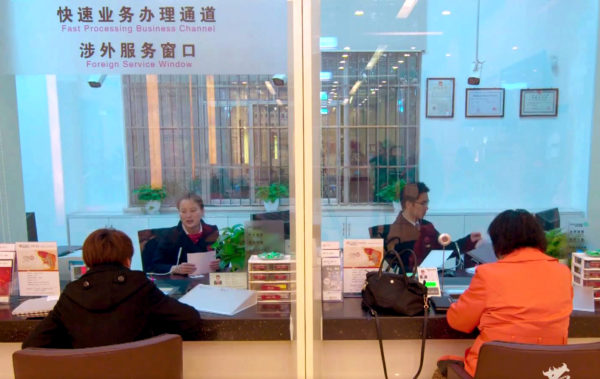 ◎ Guangfa is the latest of several Chinese banks to be caught up in fraudulent business practices in recent years.

Guangfa is the latest of several Chinese banks to be caught up in fraudulent business practices in recent years. For instance, there were seven major cases of bank scams involving over 10 billion yuan in 2016 alone.

The Guangfa case: In December 2014, two companies under Guangdong Cosun Group privately issued two bonds worth about 1.1 billion yuan on the Guangdong Equity Exchange. These bonds were later sold on Zhaocaibao, an online wealth management platform ran by Ant Financial Services Group. Ant Financial is an affiliate of the Alibaba Group.

Zheshang Property and Casualty Insurance Co, one of the Cosun Group companies, wrote insurance policies on the bonds guaranteeing to repay investors in the event of a default. Cosun chairman Wu Ruilin also made a personal guarantee to Zheshang, and Guangfa Bank’s Huizhou branch issued guarantees for the bonds.

On Dec. 20, 2016, Zhaocaibao asked Zheshang to repay investors after the bonds defaulted. After Zheshang went to Guangfa Bank to claim the insurance money, Guangfa said that the guarantee documents, as well as the official and personal seals, were not genuine.

From one perspective, the series of business transactions were perfectly normal—a private company guaranteeing its bonds through an insurance company with an agreement with a Chinese bank. But once the bonds defaulted, the Guangfa case appeared to be yet another typical case of chaotic financial arbitrage by mainland Chinese financial institutions.

In the words of China’s banking regulator: “This is a major case of criminal collusion between the bank’s staff with outsiders, and straddled across different companies, industries, and markets. Huge sums of money were involved, many companies were implicated, and the impact on society was terrible.”

Why it matters: In November, Beijing announced that foreign investors can now own a controlling stake in Chinese banks and other financial institutions. However, Chinese banks have long exploited regulatory loopholes and resorted to malpractice and fraud. Chinese regulators have been clamping down hard on wayward banks and financial institutions, but regulation alone cannot overcome the moral vacuum in the banking sector.

Our take: We believe that it is immensely risky for overseas investors to become stakeholders in China’s banks and other financial institutions.