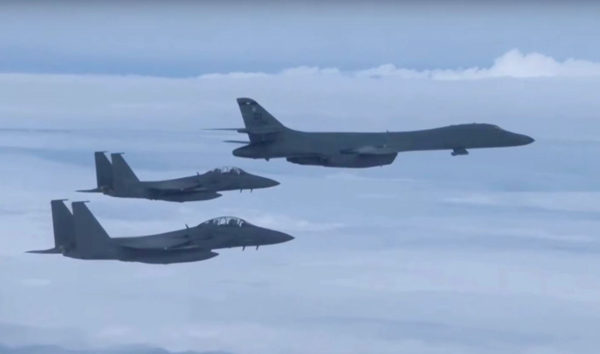 ◎ Wang Hongguang’s assessment suggests that China is getting prepared for American intervention in North Korea.

Wang Hongguang, the former deputy commander of the Nanjing Military Region and known military hawk, said at the annual meeting of state mouthpiece Global Times on Dec. 16 that the Korean Peninsula is heading towards a serious military conflict.

Wang believes that the Korean Peninsula would be in a state of high-risk during the U.S.-South Korea annual “Key Resolve/Foal Eagle” military exercise in March. He also believes that Jilin Daily running a full page of information on nuclear defense knowledge and protection measures on Dec. 6 is, in fact, a signal for all of China to be mentally prepared for war.

The backdrop:
1. Wang became Nanjing Military Region deputy commander in December 2005, and attained the rank of lieutenant general in July 2007. He retired in December 2012. Wang belongs in the faction of Chinese military hawks, and famously told reporters at the Two Sessions meeting this year that the Chinese Communist Party should “liberate” Taiwan the moment America deploys the THAAD anti-ballistic missile defense system on the island.

3. Both Xi Jinping and South Korean leader Moon Jae-in expressed their unwillingness to see conflict on the Korean Peninsula when Moon visited Beijing from Dec. 13 to Dec. 16.

4. According to commercial satellite imagery, North Korea has been carrying out a high-level of activity at the West Portal of the Punggye-ri Nuclear Test Site since its sixth nuclear test in September. This suggests that Pyongyang doesn’t plan on halting its nuclear testing.

Our take: Wang Hongguang’s assessment suggests that China is getting prepared for American intervention in North Korea. Based on our research, North Korea has no intention of abandoning its nuclear program, and may even have obtained technological support from Russia.

Meanwhile, America appears to be preparing to use the military option against North Korea. There is a very high probability of U.S. intervention if Pyongyang continues to test ballistic missiles or nuclear devices.