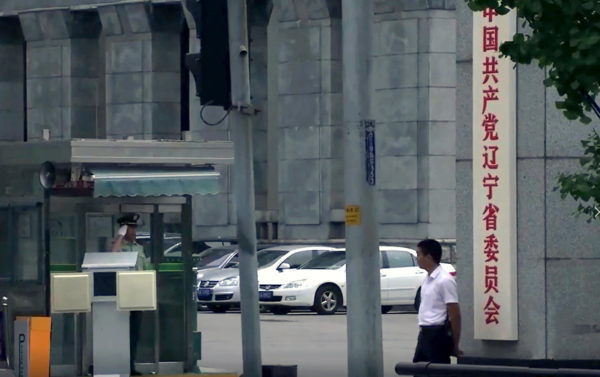 ◎ Liaoning Province is a base of operations for the Jiang faction.

The Liaoning provincial inspection work team criticized the Dalian City government for not doing enough to purge the “pernicious influence” of former Dalian mayor and Politburo member Bo Xilai, according to a Dec. 12 state media report.

The backdrop: In July, the Liaoning provincial Party committee dispatched 10 inspection work officers to seven provincial-administered cities and 12 city-administered districts in a second round of inspection sweeps. The first inspection reports were filed on Dec. 4.

Why it matters: Dalian is where Bo Xilai began his climb up the Party rungs. Bo spent the first 16 years of his career in Dalian, starting as Jinzhou District Party secretary in 1984 and becoming Dalian mayor in 1993. In December 2000, Bo made Liaoning governor, a post he held until February 2004.

Our take:
1. The inspection work team’s assessment of the Dalian officialdom is reminiscent of an earlier situation in Chongqing. In February, a Party Central inspection work team criticized the Chongqing government for not doing enough to clean out the “reside poison” of Bo Xilai and Wang Lijun. Then in July, ex-Chongqing Party secretary Sun Zhengcai was purged. Going by precedent, some Dalian officials could soon be removed.

Tan Zuojun is a third-generation Party princeling. He moved from a state-owned enterprise to the position of Dalian deputy mayor before the 18th Party Congress. In January 2016, Tan became Dalian’s executive deputy mayor. He was appointed Dalian Party secretary before the 19th Congress.

Tang Jun became Liaoning’s Organization Department chief in March 2008 after a stint as deputy head of the Ministry of Personnel. He was appointed Dalian Party secretary in June 2011, and was later reshuffled to the post of State Administration for Industry and Commerce deputy director before the 19th Congress.

From their careers, both Tan Zuojun and Tang Jun show some traits of belonging to the Jiang Zemin faction. Tang, Bo Xilai’s immediate successor, bears a larger responsibility of not purging Bo’s “poison” from Dalian.

3. Liaoning Province is a base of operations for the Jiang faction, and Xi has made a focused effort to purge the region of Jiang’s influence. For instance, two department-level officials in Liaoning were purged less than a week after the 19th Congress.