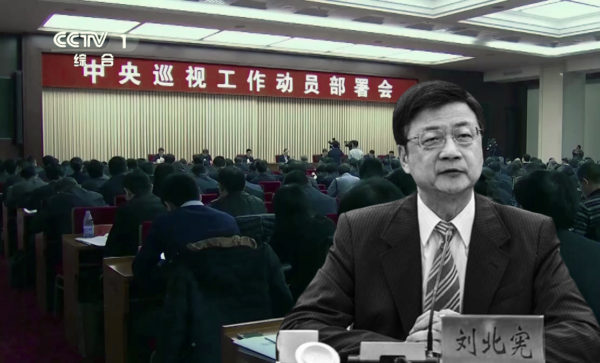 ◎ The arrest of Liu Beixian sends a signal that Xi is closing in on the upper echelons of the propaganda apparatus.

On Nov. 13, the Chinese authorities announced the investigation of Liu Beixian, the former Party secretary and editor-in-chief of the China News Service. The China News Service is the state news agency that targets Chinese communities in Hong Kong, Taiwan, and other foreign countries.

The backdrop: Huang Kunming, the new Propaganda Department director and former colleague of Xi Jinping, just took office about half a month ago.

Why it matters: Until Huang’s appointment, the Chinese Communist Party’s propaganda apparatus was firmly in the hands of the Jiang Zemin faction. For instance, Liu Qibao, the former Propaganda Department chief, was a confidant of purged security czar and Jiang faction elite Zhou Yongkang. Liu secured his previous post on the recommendation of Liu Yunshan (no relation to Liu Qibao), the former propaganda apparatus head and Jiang faction member.

Our take: Liu Beixian is said to be close to several key Jiang faction members, and once supported Bo Xilai’s Maoist “singing red and striking black” campaign. His arrest sends a signal that Xi is closing in on the upper echelons of the propaganda apparatus.