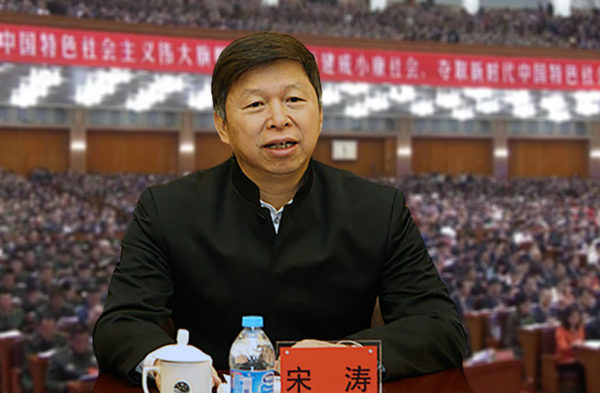 ◎ Song’s trip to North Korea comes after the meeting between President Donald Trump and Xi Jinping in Beijing.

Song Tao, the head of the Chinese Communist Party’s (CCP) international affairs department, will travel to North Korea on Nov. 17 to brief Pyongyang about the 19th Party Congress as a special envoy of Xi Jinping.

Song had already traveled to Vietnam and Laos between Oct. 31 and Nov. 3 to conduct similar briefings.

Why it matters: It is customary for socialist countries to brief each other about the outcome of their Party Congress. For instance, North Korea sent an envoy to China in May 2016 following the conclusion of its 7th Congress.

The backdrop: Song’s trip to North Korea comes after the meeting between President Donald Trump and Xi Jinping in Beijing.

During Trump’s visit, Xi publicly expressed his commitment to denuclearizing North Korea. Trump later told reporters that Xi had made a “big statement.”

Secretary of State Rex Tillerson also said during a press conference that the United States and China have “no disagreement” on the North Korean issue.

1. Xi’s selection of Song Tao, a department-level official, as special envoy for the Pyongyang visit represents a downgrading of diplomatic ties between the two socialist countries. China had previously dispatched officials at the Politburo rank to brief North Korea after its 17th Congress (Liu Yunshan) and 18th Congress (Li Jianguo).

2. Xi sending Song to North Korea three weeks after the 19th Congress is also irregular. Previous envoys were dispatched in a week or two following the conclusion of a Congress.

3. Before Song left for Vietnam and Laos, a foreign ministry spokesperson said on Oct. 30 that China had no plans to visit North Korea. This implies that Song’s impending trip to Pyongyang was only scheduled after the Xi-Trump Beijing summit. We believe that Xi could have arranged for Song’s trip at the last minute because Kim Jong Un didn’t continue his nuclear brinksmanship during the 19th Congress and Trump’s visit.

4. Xi’s attitude towards North Korea diverges from that of previous CCP leaders. For instance, Jiang Zemin was close to the Kim leadership, and North Korea’s nuclear testing appears to be connected to the Jiang faction’s tussles with other CCP political groups.