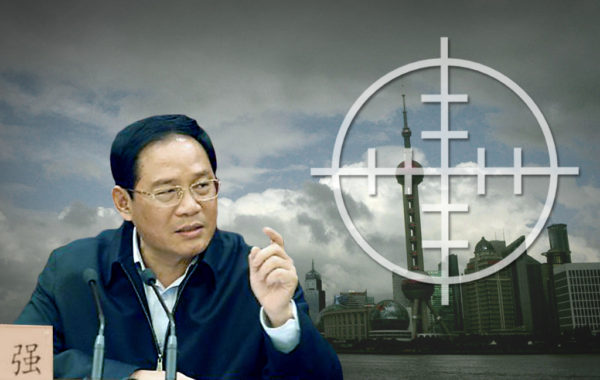 Until his recent elevation to the Politburo Standing Committee, Han spent his entire political career in Shanghai. He is also a member of Jiang Zemin’s faction and appeared to turn a blind eye to the Jiang clan’s corruption during his long stint in Shanghai’s senior leadership ranks.

Li was Xi Jinping’s secretary-general in Zhejiang Province and is one of Xi’s trusted officials.

Since Xi took office in 2012, nine of the 11 top posts in the Shanghai administration have been reshuffled twice. Eight of the new leading Shanghai officials were born in the 1960s, and one is born in the 70s.

1. Shanghai, an important financial hub, is the base of operations for Jiang and his faction.

1. Han Zheng’s promotion takes him away from Shanghai and exposes the Jiang clan.

3. The Jiang faction’s business associates and officials have already been punished elsewhere.

4. Shanghai will bear the brunt of Xi’s efforts to clean up corruption in China’s financial sector.