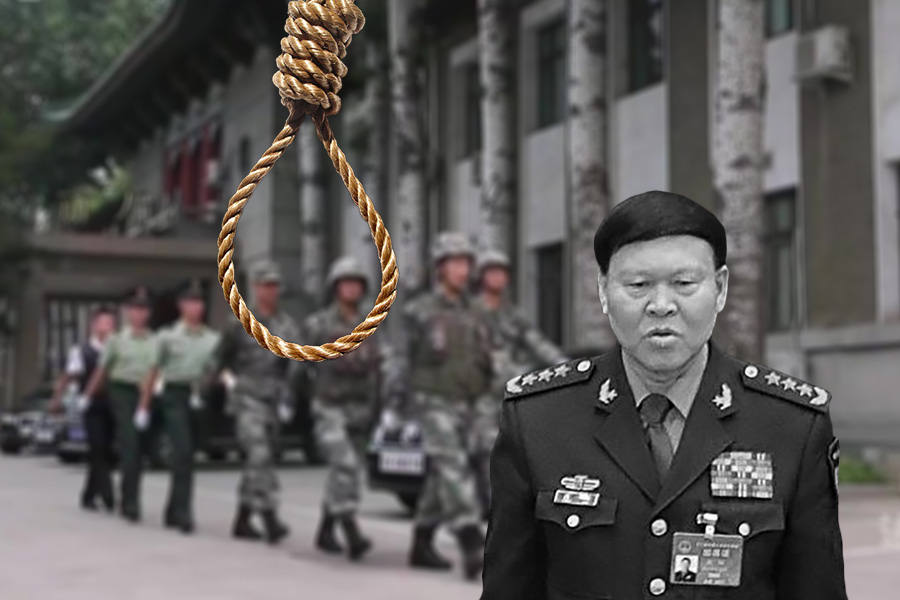 ◎ Fang Fenghui and Zhang Yang were both considered favorite candidates for the CMC vice chair spots at the 19th Party Congress until their sudden vanishment at the end of August.

On Nov. 28, Chinese state media reported that Zhang Yang, the former head of the Central Military Commission’s Political Work Department, hanged himself in his home on Nov. 23. Zhang had previously been missing since late August, and several sources say that he and then-Chief of Joint Staff Fang Fenghui were being investigated for corruption.

Shortly after Zhang’s death was announced, the People’s Liberation Army’s official WeChat account published an article criticizing his “shameful” suicide to avoid punishment. The article also revealed that the CMC ordered an investigation into Zhang on Aug. 28 as part of an effort to “comprehensively clean out the pernicious influence of Guo Boxiong and Xu Caihou in key work organizations.” Guo and Xu were former CMC vice chairmen, and both were purged on corruption charges.

Why it matters: Fang Fenghui and Zhang Yang were both considered favorite candidates for the CMC vice chair spots at the 19th Party Congress until their sudden vanishment at the end of August.

1. The announcement that Zhang was probed for his connection with Guo Boxiong and Xu Caihou corroborates information that Fang is also being investigated.

Because Guo and Xu were named alongside four others as “conspirators” who “plotted to usurp the Party leadership” by securities regulator Liu Shiyu during the 19th Party Congress, the latest development concerning Zhang further strengthens the probability that him and Fang were involved in a failed coup before the 19th Congress, as per our earlier analysis. (Read our full report.)

2. The announcement about Zhang also corroborates our analysis of why Xi downsized the CMC at the 19th Congress. We wrote that Xi needs more time to assess the loyalties of the senior generals promoted during Jiang Zemin’s era of dominance—a pragmatic decision if Xi faced a coup scare less than three months before the 19th Congress. (See our Nov. 5 brief.)

3. After the 19th Congress, the CMC vice chairs and senior commanders published articles that stressed the need to “purge Guo Boxiong and Xu Caihou’s residue poison.” This development portends more shakeups in the senior military leadership.

4. Xi might have added his “Xi Jinping Thought” to the Chinese Communist Party’s constitution and appointed officials he believes he can trust to important posts, but this doesn’t mean that those officials necessarily loyalty to him. Xi faces huge hidden risks, and he has to take strict precautions against future coup attempts by the Jiang faction.

5. The factional struggle between Xi and Jiang will be very intense and more open in the coming five years. For the sake of self-preservation, Xi will eventually be forced to publicly arrest Jiang Zemin, Zeng Qinghong, and other Jiang faction elites.