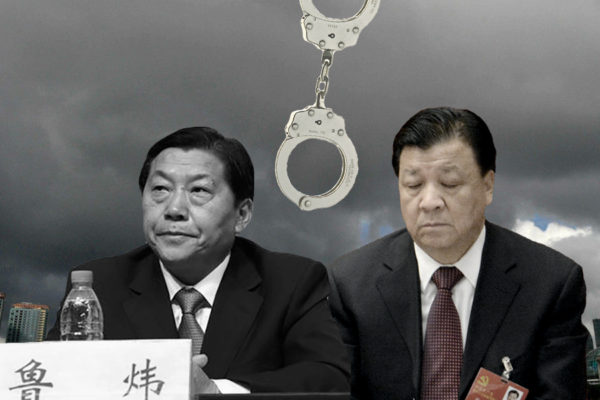 Clean Up of Propaganda Apparatus Signals Trouble for Liu Yunshan

According to reports in Hong Kong media, the interest groups and aides of former internet czar Lu Wei were all investigated after his arrest on Nov. 21. Officials affected include those in China National Radio, China Central Television, and the state news media and publishing apparatus.

There is also speculation that Liu Lefei, the son of former Politburo Standing Committee member Liu Yunshan, was investigated during the 19th Party Congress period.

The big picture: The Chinese Communist Party (CCP) prizes its propaganda apparatus and its military (coined the CCP’s “pen” and “gun” by Mao Zedong), and both organs used to be in the hands of the Jiang Zemin political faction for the past two decades. The Jiang faction-controlled propaganda apparatus continuously sought to undermine Xi Jinping after he took office in 2012.

Following the personnel reshuffle at the 19th Congress, however, Jiang faction elites no longer control the CCP’s “pen.” Liu Yunshan retired from the Politburo Standing Committee and as propaganda apparatus head, while former Propaganda Department director Liu Qibao hasn’t yet been given a new job despite being on the new Central Committee. Lu Wei became the first high-ranking official to be arrested after the 19th Congress.

1. Liu Yunshan is a Jiang faction elite. He spent the past 24 years in several top propaganda posts, including deputy head and head of the Propaganda Department, before overseeing the entire apparatus when he was appointed chairman of the Central Commission for Guiding Cultural and Ethical Progress of the Communist Party of China. Liu’s acolytes are spread throughout the propaganda apparatus.

4. Liu Yunshan’s son Liu Lefei is the vice chairman of Citic Securities. During the 2015 China stock market crash, Liu Lefei made a fortune while shorting the markets that he was supposed to be saving, an act that some observers consider to be an economic coup. Then, state mouthpiece Xinhua declared that Li Keqiang’s plan to save the stock markets was “useless,” and this caused the Hong Kong stock exchange to plummet and affect other prominent global markets.

5. The Xi administration’s anti-corruption tactics can be described as peeling an onion—the “layers” of associates of a high-ranking official are investigated first, and the evidence they provide exposes the “core” for an arrest. For instance, former security czar Zhou Yongkang’s subordinates and family members were probed one after the other until investigators came knocking on his door.

If the news that Liu Yunshan’s associates and his son are being investigated prove accurate, then Liu faces the same fate as Zhou.