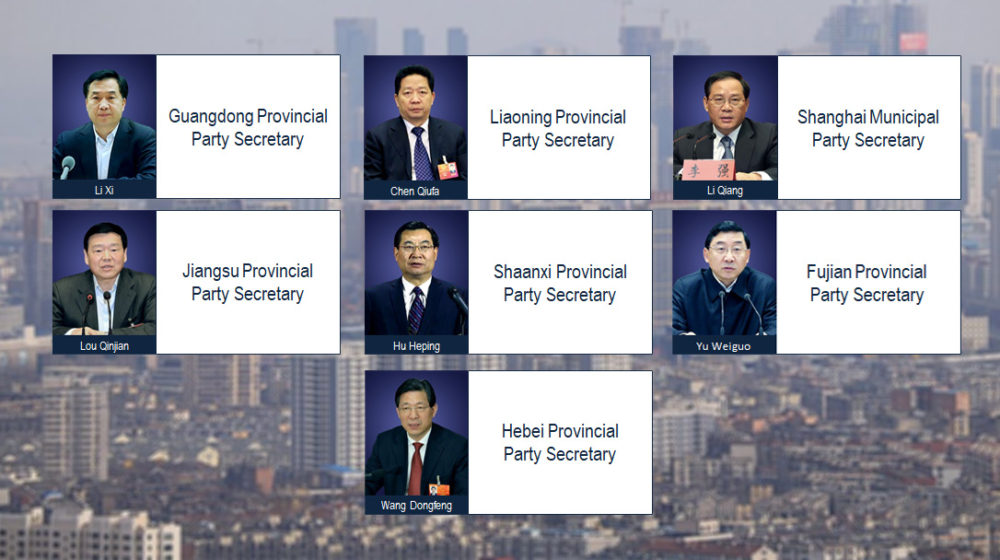 ◎ Communist Party factions try to get their supporters into the top provincial leadership office to grow their influence.

Xi Jinping reshuffled the top leadership of seven provinces shortly after the close of the 19th Party Congress on Oct. 24. Most of the newly appointed provincial Party secretaries are in Xi’s camp. The reshuffle also left four governor posts vacant.

Why it matters: Communist Party factions try to get their supporters into the top provincial leadership office to grow their influence. The Party secretary slots in Shanghai and Guangdong are particularly sought after because these provincial leaders are virtually locked in for a slot on the Politburo and may even be groomed as future Party leader.

1. Xi has the upper hand in this personnel reshuffle

3. Anti-corruption efforts will be stepped up in Shanghai and Guangdong.