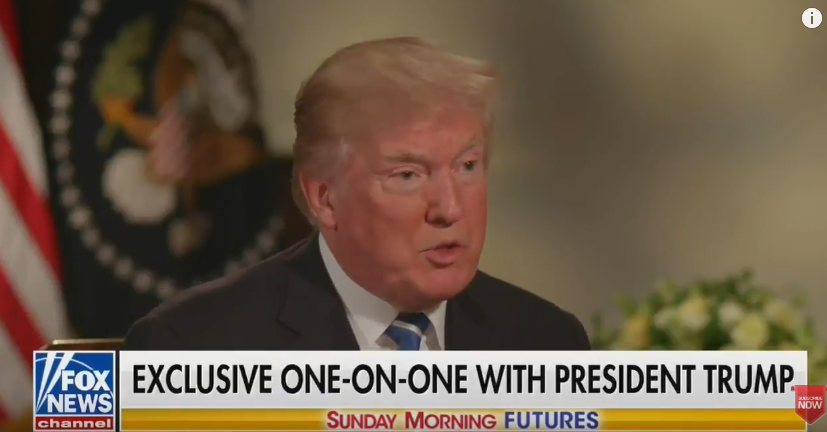 ◎ SinoInsider believes that Trump and Xi developed a good understanding during their April meeting in Florida where they had frank discussions on several crucial issues.

During an interview with Fox Business Network’s Maria Bartiromo that aired on Oct. 22, President Donald Trump said Xi Jinping will “get something” at the 19th Party Congress that “few leaders in China ever had.”

“I’m really good with that,” Trump said, “I want him to get that. I think he deserves it. He’s a good man.”

Trump also praised China’s efforts in sanctioning North Korea for its nuclear provocations, and said that he and Xi have an “exceptional relationship.”

SinoInsider believes that Trump and Xi developed a good understanding during their April meeting in Florida where they had frank discussions on several crucial issues. (See our Sept. 14 brief.)

Our take: Trump’s remarks about what Xi will get at the 19th Congress corroborates our analysis that Xi will add a political theory prefaced with his name into the constitution of the Chinese Communist Party (CCP). Of the five CCP leaders, only Mao Zedong and Deng Xiaoping had the high honor of having a political theory that carries their name.

We previously wrote that if a version of “Xi Jinping thought on socialism with Chinese characteristics in the new era” is written into the CCP constitution, Xi will have surpassed Jiang Zemin and Hu Jintao in political standing, and will be equal or better than Deng in terms of influence. (See our full analysis here.)

Should Xi get the aforementioned political theory, he will gain absolute authority in the CCP and could move to implement a Chairman system with himself as CCP Chairman. In this scenario, Xi could appoint Wang Qishan as his vice chairman. (See our Oct. 18 analysis.)

We previously wrote that Wang Qishan may become Chinese vice president and handle the foreign affairs portfolio if he doesn’t remain in the Politburo Standing Committee. In this scenario, Wang will likely perform a role analogous to the United States Secretary of State, and Xi will have shifted his administration a little closer towards the direction of a Presidential system.