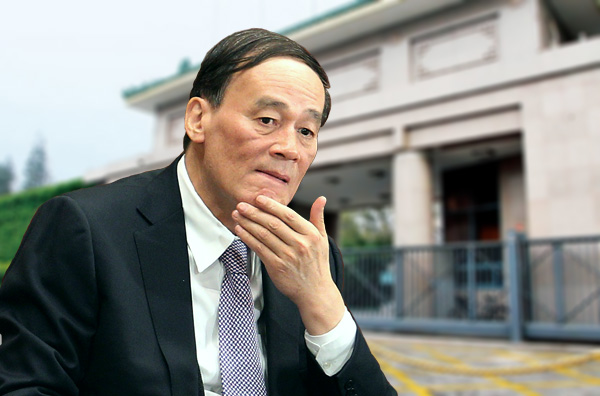 ◎ The National Supervisory Commission is a new state anti-corruption body with jurisdiction over CCP cadres and state employees.

At a discussion seminar for senior provincial-level officials in September, Xi Jinping stressed the need for increased efforts to “strictly govern the Party”—a gesture which indicates that the anti-corruption campaign will continue with high intensity after the 19th Party Congress.

Post-19th Congress, Xi may constrain the role of the Central Commission for Discipline Inspection (CCDI), the CCP’s anti-corruption agency, and shift its key responsibilities to the National Supervisory Commission (NSC).

The NSC is a new state anti-corruption body with jurisdiction over CCP cadres and state employees. A pilot program was set up in December 2016 in Beijing and the provinces of Shandong and Zhejiang. According to an official announcement, the NSC will be inaugurated at the Two Sessions meeting in March 2018.

Adhering to “rule of law”: Critics of Xi’s anti-corruption campaign see a contradiction between his push to bring China closer to “rule of law” while relying on the CCDI—a Party organ, not a state apparatus—to tackle corruption. Xi will be able to answer critics and adhere to his own legal reforms by entrusting the state-run NSC to oversee his anti-corruption efforts.

In the near future, the CCDI may be tasked with assisting the NSC in uncovering and gathering evidence in nascent corruption cases before transferring the cases to the NSC for formal investigation and criminal prosecution. Major corruption cases could be handled solely by the NSC. The CCDI will continue to oversee anti-corruption education and discipline of guilty CCP cadres according to Party rules.

Fragmenting power: Xi Jinping will likely appoint different officials to head the CCDI and the NSC to avoid the scenario where one person amasses too much power and raises to challenge him.

The CCDI chief and the head of the Ministry of Supervision, a state body whose operations and personnel overlap with the CCDI, could jointly serve as NSC deputy heads.

Who runs what: SinoInsider anticipates that Xi will appoint Wang Qishan as NSC head. Either Organization Department chief Zhao Leji or CCDI deputy secretary Zhao Hongzhu (no relation to Zhao Leji) could replace Wang as CCDI head. Yang Xiaodu, the Minister of Supervision, could be appointed NSC deputy head.

Contact us for more analysis on the CCDI and Xi’s anti-corruption campaign.