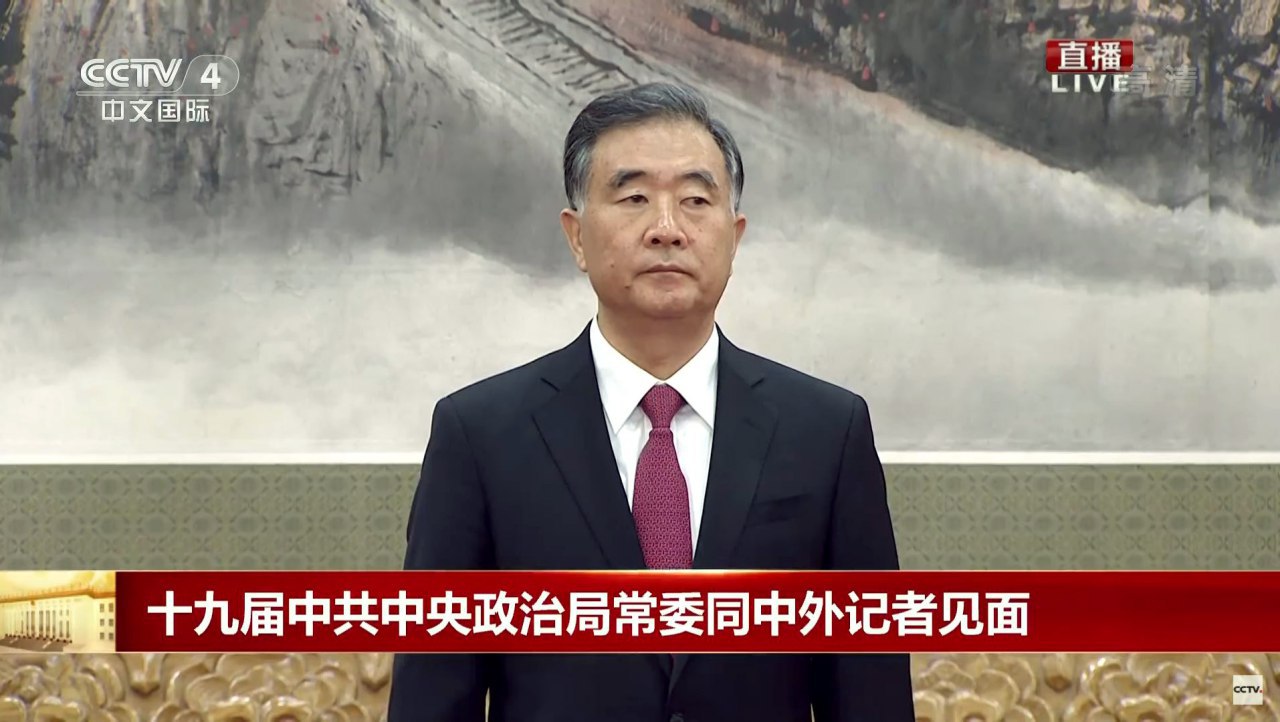 ◎ Xi could have considered that Wang’s liberal leaning and wealth of diplomatic experience in picking him to helm the CPPCC.

When the 19th Politburo Standing Committee members walked out on stage for the first time on Oct. 24, Wang Yang was fourth in line. Typically, the fourth-rank member of the Chinese Communist Party’s (CCP) top decision-making body will be appointed Chinese People’s Political Consultative Conference (CPPCC) head during its key meeting in March.

So why might Xi Jinping want Wang to head the CPPCC?

The CPPCC oversees the CCP’s efforts to ensure that various groups and individuals inside and outside China either support the CCP or serve as useful agents. Domestically, the CPPCC targets “democratic parties,” social groups, ethnic minorities, and religious groups for united front work and monitoring. Externally, it seeks to infiltrate overseas Chinese communities in Hong Kong, Macau, Taiwan and elsewhere, and attempt to sway these communities to the Party line by controlling local media, for example.

United front work is set to increase in importance for the CCP after the 19th Congress. The CCP’s 19th Congress report indicates that “big power diplomacy” will be a future focus of the CCP. Also, the CCP is wary of the trend of fugitive officials and wealthy Chinese fleeing abroad to escape the anti-corruption campaign.

Xi Jinping’s picking Wang Yang to helm the CPPCC and oversee the united front work portfolio seems a little jarring given Wang’s reputation as a mild-mannered but bold reformer.

Wang implemented comparatively liberal social, political, and economic policies when he headed the southern provinces of Chongqing (2005-2007) and Guangdong ( 2007-2012). His more market-oriented “Guangdong model” received much praise and was frequently compared with then-Chongqing chief Bo Xilai’s socialist and neo-Maoist “Chongqing model.” Wang was even regarded as southern China’s version of Wen Jiabao, the liberal-leaning Chinese premier whose economic reforms were focused in north China.

Despite Wang Yang’s achievements, he wasn’t able to secure a spot in the Politburo Standing Committee at the 18th Party Congress in 2012 owing to the fierce factional struggle between the influential Jiang Zemin faction and Xi Jinping’s camp. Xi and Li Keqiang, however, continued to favor Wang and frequently picked him for important diplomatic work:

So in selecting Wang Yang as CPPCC chairman, Xi could have considered that his liberal leaning and wealth of diplomatic experience will be beneficial in smoothing out domestic conflicts and improving China’s international image.