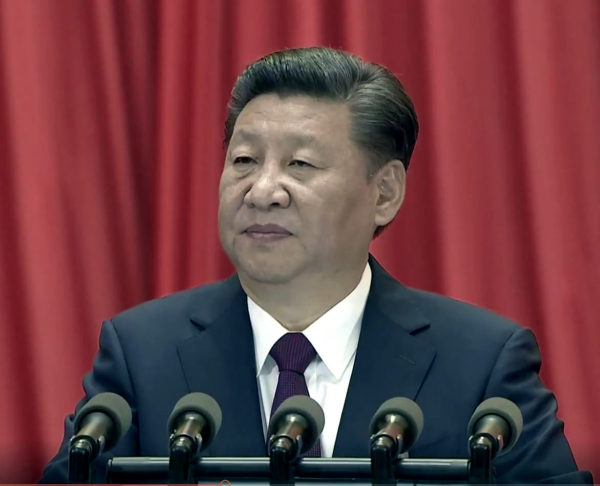 ◎ If Xi is already thinking about a third term, he won’t designate a successor at the 19th Congress.

During the opening ceremony, Xi Jinping spent about three-and-a-half hours reading out a 33,000-word report that summarized the progress his administration made over the past five years and his future aspirations for China.

Sifting through the Party jargon, we discerned Xi’s answer to the CCP’s political legitimacy question, his present degree of power consolidation, and whether or not he might pick a successor at the 19th Congress.

Xi reboots socialist China: Since seizing China in 1949, the CCP has never quite been able to resolve the question of its political legitimacy. Historically, Chinese rulers and scholars pondered long and carefully about how to frame their governance in a manner acceptable to the people and would-be political challengers. A satisfactory answer to the legitimacy question also allows smoother political transition from one generation to the next.

Ancient Chinese rulers maintained their right to rule through bloodline or by claiming to have received the “mandate of Heaven”. Both methods, however, are closed to the CCP, which only believes in atheism and class struggle. Democracy, the solution embraced by most Western countries, is also out of the question for the communists.

Thus far, CCP leaders have handled the political legitimacy issue by acquiring absolute power and relying on their authority to push through agendas. Periods of crisis for the nation or the Party afford CCP leaders the best opportunities to consolidate power.

In Xi Jinping’s 19th Congress report, he identifies a crisis that mandates his seeking absolute authority in order to overcome it. The implementation of “socialism with Chinese characteristics in the new era,” Xi said, is faced with “new contradictions” that requires “new thinking” to navigate. Elsewhere in the report, Xi positions himself as the person who has been striving to quell the “new contradictions” and other perils so as to usher in the “new era.” In other words, Xi has crafted a theoretical discourse that allows him to add more luster to his accomplishments over the past five years and justify his seeking further power.

Xi has also given himself enough time to resolve the crisis and validate the CCP’s continued rule over the country by announcing a plan to make China a “great modern socialist country” by 2035. In 1978, Deng Xiaoping resorted to a similar tactic to solve the CCP’s political legitimacy problem following Mao’s disastrous Cultural Revolution when he launched the Four Modernizations, a reform plan with the goal of making China a developed country by 2000.

At a glance, Xi’s political theory adheres to CCP orthodoxy. According to Xi’s report, his political theory is the “latest result of Marxism with Chinese characteristics” and is derived from the “crystallization of collective wisdom” of past CCP leaders.

Based on our analysis, however, the addition of “new era” to Xi’s political theory is an attempt to differentiate him from his predecessors and signal that the “Xi era” will break new ground. Indeed, Xi noted that his administration is “a new historic juncture in China’s development” in his report.

If Xi’s political theory is added to the CCP charter in the aforementioned formulation, then Xi’s is at least on par with Deng Xiaoping and ahead of Jiang Zemin and Hu Jintao in the political standing of CCP leaders. There are already signs at the 19th Congress that Xi has surpassed the two most recent leaders:

No successor? Xi’s plans for a “great modern socialist country” is slated to be carried out from 2020 to 2035, but he is due to step down in 2022 if CCP retirement norms are enforced. So Xi’s ambitious plan for China’s future could, in fact, be his laying the groundwork for a bid to serve a third term in office.

If the CCP is still in power by 2022, Xi could very possibly institute a Chairman system at the 20th Congress. And if Xi is already thinking about a third term, he won’t designate a successor at the 19th Congress.