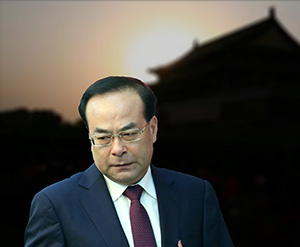 ◎ Xi hastily expelling Sun with only weeks to go before the 19th Party Congress is a sign that his power over the CCP still isn’t secure.

Sun Zhengcai, the former Chongqing chief and Politburo member, was found guilty of six charges and expelled from the Chinese Communist Party (CCP) on Sept. 29. The implications of three of the charges are worth examining.

Lazy and indolent: Sun was also charged with “severe bureaucratism” and being “lazy and indolent,” two charges rarely leveled against high-ranking officials.

The Xi administration has previously chastised Chinese officials for not working hard and engaging in “passive resistance” against Xi. If Xi were to make an example out of Sun Zhengcai, then the “lazy and indolent” charge could be used more liberally in the future.

Pace of purge: Among all the elite CCP officials purged under Xi, Sun has been the quickest to be expelled. For comparison, Sun’s Chongqing predecessor Bo Xilai was expelled from the CCP about five and a half months after he was placed under investigation, while Sun was expelled in a little over two months.

Our take: Xi Jinping hastily expelling Sun with only weeks to go before the 19th Party Congress is a sign that his power over the CCP still isn’t secure.