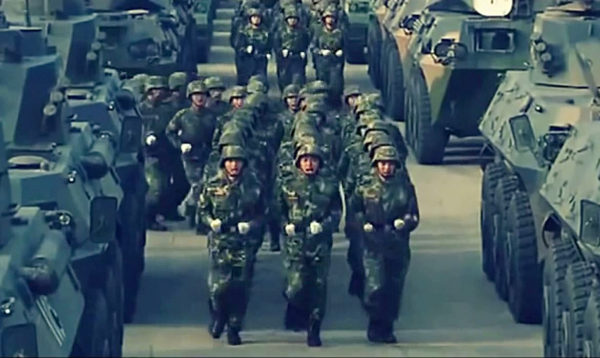 All provincial-level officials are barred from leaving the country.

Why it matters: Since 2012, Chinese leader Xi Jinping’s has purged 1.21 million officials (78% of all officials) under his anti-corruption campaign. The majority of officials purged have been high-ranking cronies of former leader Jiang Zemin. Jiang and his associates face losing their factional battle and going to prison if Xi and his anti-corruption chief Wang Qishan maintain power through the 19th Congress.

Jiang’s faction could resort to desperate measures to protect their base if they feel threatened by Xi. It would not be unthinkable for the Jiang faction to trigger social unrest, launch a coup, or attempt to assassinate Xi Jinping. Keeping the military at a heightened readiness level allows Xi to deter possible Jiang faction sabotage, and ensure the safety of his relatives and top officials in his camp.