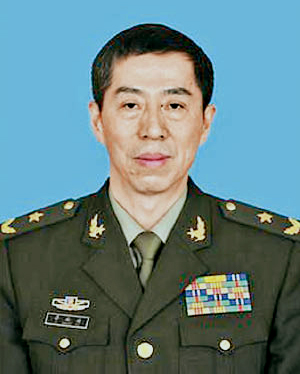 ◎ Xi still faces resistance and sabotage from many Jiang faction loyalists in the military.

Lt. General Li Shangfu will replace General Zhang Youxia as director of the Equipment Development Department in the Central Military Commission (CMC), according to a Sept. 18 announcement in the Communist Party’s official military newspaper.

Li, 59, has a background in developing advanced military and space technology. In February 2016, he was appointed deputy commander of the People’s Liberation Army Strategic Support Force. Li was also formerly a deputy director of the Chinese Lunar Exploration Program and the Chinese Manned Space Program.

Why it matters: Chinese leader Xi Jinping has been appointing new generals to top military offices at a steady clip since August, consolidating his control over the military come the 19th Party Congress on Oct. 18. Although Xi appeared to have brought the military under his sway at a grand parade in 2015, he still faces resistance and sabotage from many Jiang faction loyalists in the military.