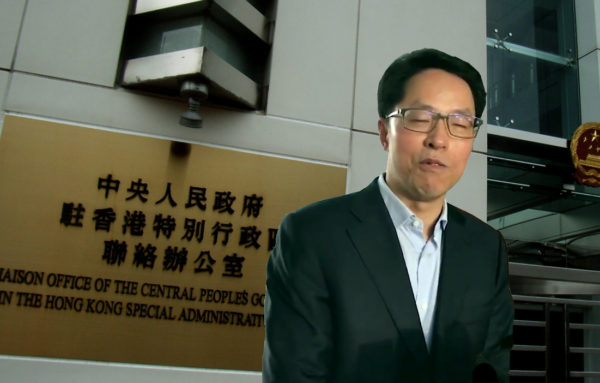 ◎ Zhang Xiaoming’s promotion might seem like he has the approval of Xi Jinping, but the reality is quite different.

Liaison Office Sweep: Chinese Communist Party (CCP) insiders told overseas Chinese language newspapers in March to expect sweeping changes at the Hong Kong Liaison Office, including the transfer of Zhang. His move was forecasted correctly, and now we are waiting to see if 4 out of 9 deputy directors will also be transferred out.

Our Take: The transfer of Zhang out of Hong Kong and other past personnel changes in the top rungs of the Liaison Office since 2016 are part of Chinese leader Xi Jinping’s attempt to bring Hong Kong under his control while eroding the influence of the Jiang Zemin political faction.

Jiang and his faction became very influential in Hong Kong in the years after the British handover in 1997. Many officials in the Liaison Office and HKMAO were groomed by prominent Jiang faction members like former CCP vice chairman Zeng Qinghong and former HKMAO chief Liao Hui. For instance, Zhang Xiaoming served as Liao’s secretary (mishu) in the HKMAO, and eventually became the HKMAO deputy director before his appointment as Hong Kong Liaison Office director in 2012. When Zhang headed the Liaison Office, he cooperated with Hong Kong leader Leung Chun-ying on several occasions to rile up Hong Kong residents and to fragment the local community against the expressed wishes of Xi Jinping.

What’s Next: Zhang Xiaoming’s promotion might seem like he has the approval of Xi Jinping, but the reality is quite different. Xi is known to elevate senior officials to higher positions in Beijing before allowing anti-corruption investigators to carry out inspections in their former workplaces — a move that prevents them from using their long-cultivated local power networks to cover up possible evidence of wrongdoing. Thus Zhang’s promotion is no guarantee he is safe from being purged by Xi. Zhang, a Jiang faction friendly who has overseen policies that run counter to what the Xi leadership wants, is now in greater danger of being purged than before.