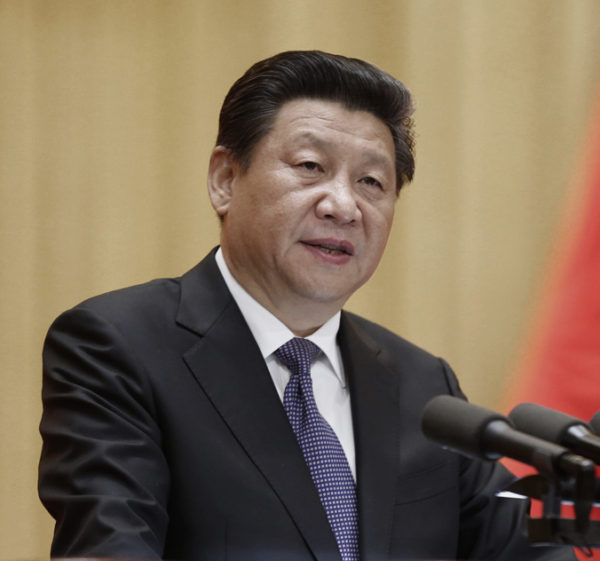 Jiang Out of Constitution? Xi to Amend Charter

◎ Historically, CCP leaders crafted and enshrined political theories when they faced a crisis of authority and needed to assert their dominance.

Chinese leader Xi Jinping’s “major theoretical opinions and major strategic thoughts” will be written into the Chinese Communist Party’s (CCP) constitution at the 19th Party Congress on Oct. 18, according to official Chinese media. The decision was made at a Politburo meeting on Sept. 18 that Xi chaired.

For months, China observers and news media have been speculating that Xi will enhance his legacy, or even place himself on the same pedestal as Mao Zedong and Deng Xiaoping by adding his own political theory with his name to the constitution. The announcement confirms that “Xi Jinping Thought” might become reality.

Why it matters: Historically, CCP leaders crafted and enshrined political theories when they faced a crisis of authority and needed to assert their dominance.

Over the last five years, the political faction of former CCP leader Jiang Zemin has sought to undercut and even overthrow the Xi leadership. Meanwhile, Xi has been cleaning out the Jiang faction and weakening their deeply-rooted influence using the anti-corruption campaign and reforming the military.

In recent months, Xi appears to have consolidated enough power to establish his authority. At the CCP’s Sixth Plenum in October 2016, Xi was declared CCP “core” leader, a symbolic title coined by Deng Xiaoping to boost the legitimacy of Jiang Zemin after he consented to brutally end the student democracy protests in 1989. Now Xi is looking to go one step further by adding his political theory to the Party constitution.

Our take: We believe that Xi could also remove Jiang Zemin’s “Three Represents” from the CCP constitution, and shift the CCP away from rule by collective leadership to rule by a single Party Chairman.

The Politburo has agreed to amend the constitution at the 19th Congress, which will allow for articles to be added and removed. In May, Hong Kong media reported that Hu Jintao filed an internal request to have Jiang’s political theory and his own removed from the constitution, so it’s possible that Xi will strike them out.

Meanwhile, Xi has made drastic changes in the military’s top leadership in recent weeks, suggesting he has fomented enough power to make major constitutional changes without opposition. His goal could be to rule as a single authoritarian in a Chairman system, as opposed to the current collective rule via Politburo Standing Committee.

If Xi rules supreme and Jiang is written out of the CCP’s constitution, it could be the end for the Jiang faction.