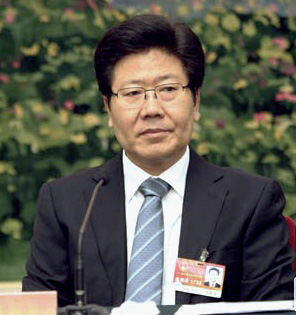 ◎ Before Zhang’s high-profile work trips, he appeared to have been sidelined by Xi.

Zhang Chunxian, a Politburo member and deputy leader of a small but powerful policy-making body, has been traveling around China lately for work trips and generating a fair bit of publicity for himself.

Context: Before Zhang’s high-profile work trips, he appeared to have been sidelined by Xi. In August 2016, Zhang was prematurely replaced as Party secretary of the Xinjiang Uyghur Autonomous Region, an important provincial post. Zhang was then transferred to the Leading Group for Party Building, and has been very low-key until recently.

Why it matters: Zhang’s immediate boss is Liu Yunshan, Politburo Standing Committee member and known ally of Jiang Zemin. Liu controls the Communist Party’s internal and external propaganda apparatus, and has been using his power to undermine Xi’s agenda through the media. We believe the increased media coverage of Zhang is an effort by Liu to oppose Xi and to promote the Jiang faction agenda.

Should Zhang stay in the media limelight, Xi will likely purge him for his continued involvement with Jiang’s inner circle.