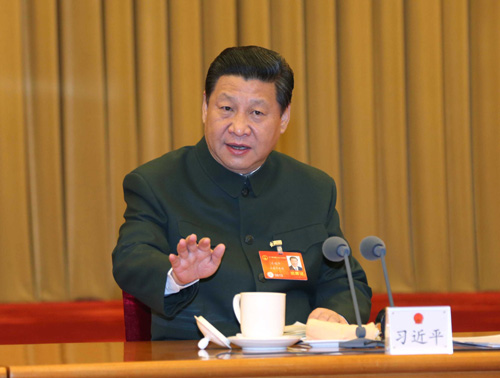 ◎ We suspect Xi’s abrupt and drastic shake-up was triggered by a coup attempt by the Jiang faction.

We suspect Xi’s abrupt and drastic shake-up was triggered by a coup attempt by the Jiang faction. The coup, which was likely initiated in July, appears to have been foiled by Xi, and used as a reason to swiftly purge the top military ranks. Taking such extraordinary measures is beyond the pale even for Xi’s anti-corruption campaign.

A major clue for the coup attempt can be found in the removal of General Fang Fenghui, the former chief of Joint Staff and CMC member.

Fang enjoyed a stellar career and was poised for higher office at the upcoming 19th Party Congress. He appeared to be on track, participating in several high-profile meetings recently:

But much to everyone’s surprise on Aug. 27, Fang was suddenly replaced by Ground Force chief Li Zuocheng.

According to several media outlets, Fang was placed under investigation, ostensibly for corruption. However, in our estimation, corruption isn’t sufficient grounds for investigation when Fang had just participated in these high-profile meetings just days prior. Moreover, he was a Hu Jintao loyalist (Hu and Xi are allies) and not a known Jiang faction elite, which leads us to believe that something major had had to have occurred for Fang to be replaced.

In light of Fang Fenghui’s arrest on Jan. 9, 2018, we have made our full report available. (Link)