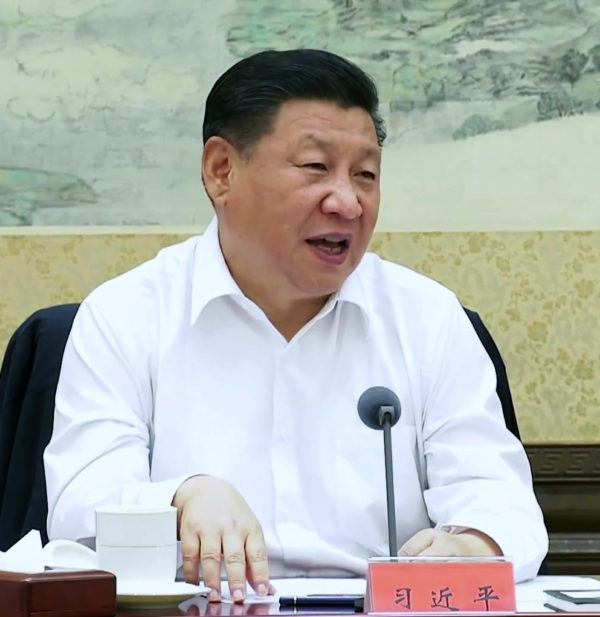 ◎ The factional deathmatch between Xi and Jiang is now entering a crucial phase.

Since Aug. 7, provincial Party secretaries have been submitting essays to the People’s Daily where they reminisce about Xi Jinping’s inspection tours in their region and declare their allegiance and support for core leader (hexin) Xi. Now all 32 leaders of China’s provinces and regions (including the Xinjiang Production and Construction Corps) have published such essays.

Context: At the Sept. 18 Politburo meeting, a decision was made to add Xi’s “major theoretical opinions and major strategic thoughts” into the Communist Party’s constitution at the upcoming 19th Party Congress.

Although Chinese state media hasn’t elaborated how the amendment would read, SinoInsider believes that Xi’s addition to the constitution is a highly symbolic move to cement his authority and legacy. The provincial leaders’ open declarations of allegiance in the state press are further evidence that Xi might finally have full control over the Chinese Communist Party.

Why it matters: The factional deathmatch between Xi and former CCP leader Jiang Zemin is now entering a crucial phase with less than a month to go before the 19th Congress. It’s still highly possible that Jiang and his faction will attempt to sabotage and subvert Xi’s plans. But if Xi can keep Jiang at bay, he would have the support to do the following:

If conditions are ideal we could see him doing the above. His ultimate goal is to prevent the Party from collapsing under the weight of corruption brought on by Jiang. If Xi succeeds, he will be able to move against the remaining Jiang faction members and order an investigation into Jiang Zemin.