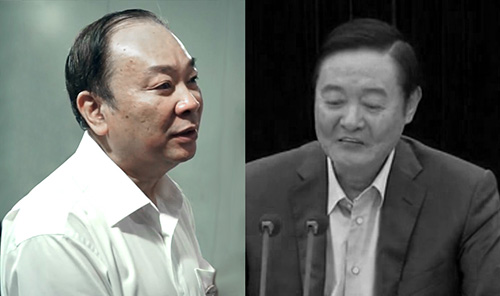 ◎ Central Propaganda Department head Liu Qibao will likely be replaced by his executive deputy director at the 19th Party Congress on Oct. 18.

Central Propaganda Department head Liu Qibao will likely be replaced by his executive deputy director at the 19th Party Congress on Oct. 18.

There is also a chance Chinese leader Xi Jinping will order an investigative sweep of the department and purge Liu in the near future.

Huang and Xi’s connection: Huang Kunming was Xi’s subordinate in Fujian and Zhejiang Province. A year after Xi became Communist Party General Secretary, Huang was promoted from Zhejiang Province propaganda chief to executive deputy director of the Central Propaganda Department and head of the Office of the Central Guidance Commission on Building a Spiritual Civilization, the Party organ that oversees propaganda. In 2016, Xi also started including Huang on diplomatic trips abroad.

The big picture: Xi Jinping has yet to clean out all Jiang faction members and supporters from the CCP’s propaganda apparatus.

As General Secretary of the CCP, Jiang Zemin placed great emphasis on the propaganda and domestic security apparatus after launching a persecution campaign against the Falun Gong spiritual practice in July 1999. These Party organs were crucial in sustaining the persecution against the 70 million to 100 million practitioners in China at the time. The persecution was such priority to Jiang that he added the heads of the Central Guidance Commission and the Political and Legal Affairs Commission (PLAC) to the elite Politburo Standing Committee at the 16th Party Congress in 2002.

After taking office in 2012, Xi sought to reduce the power of Jiang’s favored Party organs with mixed success. The domestic security chief Zhou Yongkang was purged from the Politburo Standing Committee (PSC) and Xi replaced all provincial PLAC chiefs that came to office with him by mid-2017. However, the entire propaganda apparatus still comes under the oversight of Jiang lieutenant and PSC member Liu Yunshan. Liu’s propaganda apparatus has made several attempts to undermine Xi in the past five years.