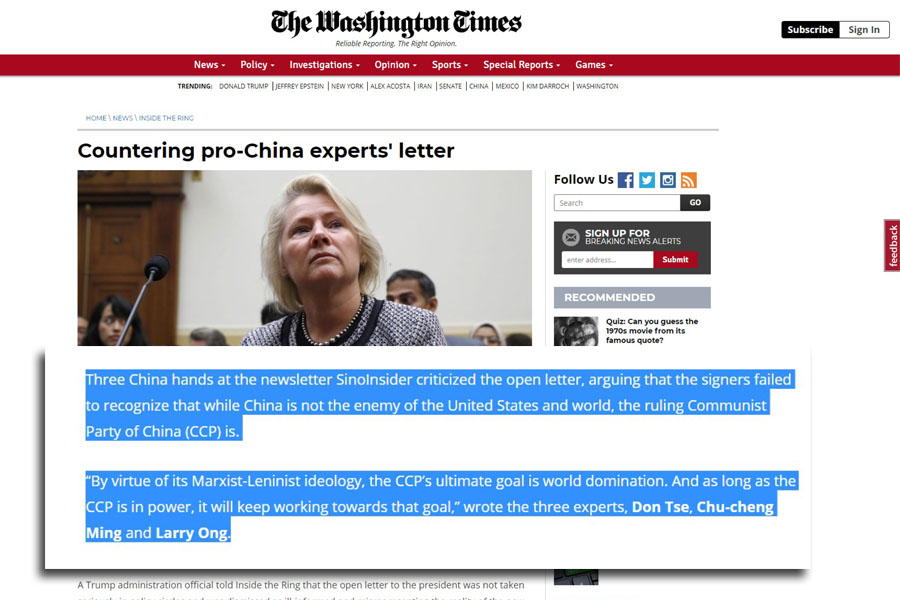 Three China hands at the newsletter SinoInsider criticized the open letter, arguing that the signers failed to recognize that while China is not the enemy of the United States and world, the ruling Communist Party of China (CCP) is.

“By virtue of its Marxist-Leninist ideology, the CCP’s ultimate goal is world domination. And as long as the CCP is in power, it will keep working towards that goal,” wrote the three experts, Don Tse, Chu-cheng Ming and Larry Ong.