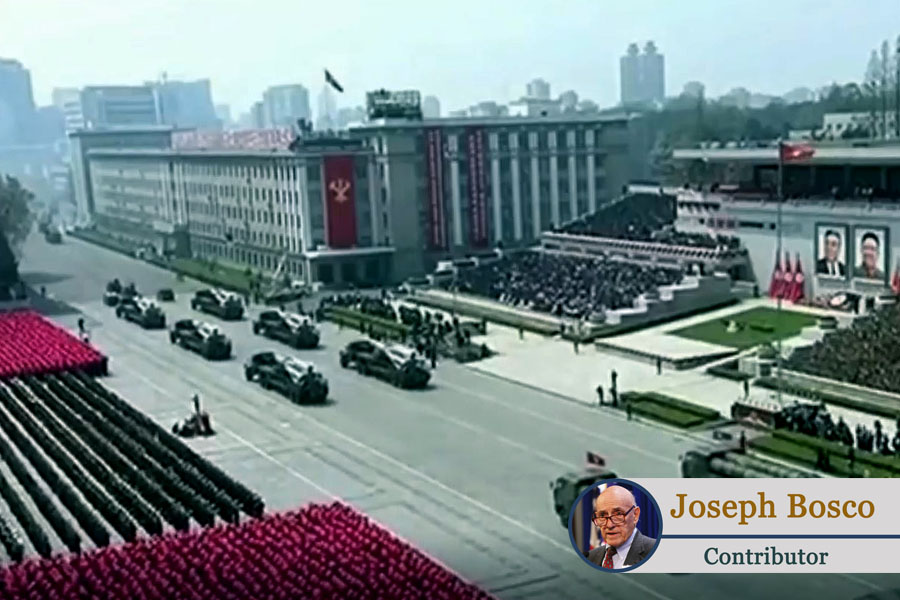 ◎ A proposed schedule of nuclear and missile dismantling would be part of a good-faith showing by Kim.

When President Donald Trump meets with North Korean leader Kim Jong Un in Hanoi this week, the president’s critics already are poised to proclaim it a substantive failure — another empty photo op that will not advance the U.S. goal of denuclearization.

They expect a reprise of the Singapore summit that some saw as an exercise in Obama-like grandiosity but lacking in meaningful follow-through. What minimum outcomes from the next meeting could convince cynics the negotiations actually are accomplishing something and not just satisfying the leaders’ egos and burnishing their domestic and international images?

An important concrete Kim deliverable would be a full declaration of all existing North Korean nuclear-related assets. That would be a starting point for the denuclearization process, which is bound to be prolonged, and would provide a metric by which to measure progress. A proposed schedule of nuclear and missile dismantling would be part of a good-faith showing by Kim.

A second action, proposed by Thae Yong Ho, a senior North Korean diplomat who defected in 2016, would be for Kim to announce that his government will rejoin the Nuclear Nonproliferation (NPT) Treaty. Pyongyang’s withdrawal in 2003 broke its commitment not to acquire nuclear weapons. Reentry to the NPT would restore North Korea’s obligation to cooperate with mandatory inspections by the International Atomic Energy Agency (IAEA), and assist greatly in verifying the phased dismantling of the nuclear program.

President Trump says he is not in any particular rush to get on with denuclearization, as long as there are no nuclear or missile tests in the meantime. But he ought to press hard for the process to begin forthwith since Mr. Ho reports there are 300 nuclear facilities within the Yongbyon complex alone, and under the best of circumstances it will take at least two years to eliminate them.

These American demands are all well and good, skeptics will argue, but extremely unlikely to succeed unless Trump is prepared to offer major early concessions to Kim, such as an end to economic sanctions, a formal termination of the Korean War, and significant withdrawal of U.S. forces from South Korea. What, they ask, is the president prepared to do in return for the reduction and eventual elimination of North Korea’s nuclear and missile programs?

After all, Kim could argue, he already has taken good-faith actions —  about which Trump boasted to Congress and the American people — such as suspending nuclear tests and missile launches and returning U.S. hostages and servicemen’s remains. The president needs to remind his negotiating partner that the United States also has made substantial concessions to get things to this point. First, by agreeing to meet with the chairman of the Democratic People’s Republic of North Korea (DPRK) on equal terms — something unprecedented in the 66 years of post-war U.S.-DPRK relations — Trump gave Kim a tremendous boost in international diplomatic prestige and domestic political legitimacy.

Second, the Trump administration has suspended two of the three elements of the “maximum pressure” campaign that proved to be a wake-up call to both Pyongyang and its senior partner in Beijing. The one that remains is the set of multinational and U.S. economic sanctions that Secretary of State Mike Pompeo insists will not be lifted “until such time as we’re confident we’ve substantially reduced that [nuclear] risk.”

The two elements of persuasion the president has withdrawn, to provide time and space for negotiations, are the explicit threat of military force and the implied threat of regime change in North Korea. Many of those who now attack Trump for being too easy on Kim were railing just months ago that he was acting too rashly with his threats of “fire and fury” and his administration’s evident preparations to deliver “a bloody nose” to North Korea. Both Kim and China’s Xi Jinping found the danger real and the threats credible.The president has gone so far as to significantly scale back the joint military exercises conducted annually with South Korea, a very tangible concession that cannot be maintained without real movement on denuclearization.

Similarly, both took seriously the president’s extraordinary focus on North Korea’s atrocious human rights record through a series of major speecheson the world stage and personalized White House encounters with individual victims of those atrocities. Trump will need to make clear that leverage tactics taken off the table for now can be put back on if real progress on denuclearization does not begin immediately. In fact, to demonstrate his own sustained seriousness and to demand a demonstration of Kim’s good faith, the president also should ask his congenial pen pal for a commitment to permanently close North Korea’s 18 grossly inhuman detention camps in which hundreds of thousands have died.

Just as Kim made a show of blowing up a tunnel used in the nuclear program, he could start demolishing one camp each month to demonstrate that he intends to be a different kind of North Korean leader going forward. If properly managed and coordinated, the human rights issue can be weaved into a comprehensive package that achieves the U.S. denuclearization objective, Trump’s need for domestic and global vindication, Kim’s desire for sanctions relief and international prestige, and the humanitarian needs of the North Korean people.

Trump could take on the U.S. political issue directly and frankly tie progress on North Korea to America’s 2020 presidential election. He could note it is 20 months away and lay out a phased schedule of milestones for that time period — call it the 1 in 20, or 5 percent denuclearization/development program. This is what he and Kim could agree on in Hanoi:

Starting on April 1 (yes, April Fools Day for the doubters), North Korea will openly destroy at least 5 percent of its nuclear and missile capabilities and demolish at least one of its detention camps. In return, 5 percent of the dollar value of the economic sanctions would be released. The proceeds, however, no longer would go to the North Korean military or the corrupt elites from whom Kim recently has clawed back some of the illicit riches. Instead, it would be diverted to the humanitarian and developmental needs of the Korean people.

The pattern would be repeated over the next year-and-a-half at the 5 percent monthly rate (or faster if Pyongyang so desires) in a totally transparent, verifiable manner. The United States and South Korea would offer technical and material support on all three sides of the deal: destruction of the nuclear and missile facilities; closing and razing of the camps; civilian humanitarian aid, reconstruction and economic development.

This potential breakthrough would benefit all parties except China, which has profited mightily from the prolonged crisis, leveraging its “responsible stakeholder” role to gain Western concessions across the economic, diplomatic and human rights spectrum. That won’t matter if President Trump holds firm in his trade talks and doesn’t allow Beijing once again to blur the two sets of issues to its advantage.