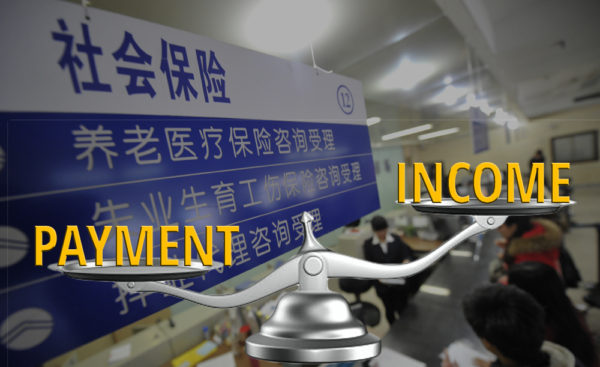 ◎ The HRSS pension fund deficit is a ticking time bomb for the Chinese authorities.

The Ministry of Human Resources and Social Security’s (HRSS) 2016 annual report notes that it is running a considerable pension funds deficit: Thirteen regions have insufficient pension funds to pay workers for a year, while Heilongjiang Province is 23.2 billion yuan ($3.5 billion) in the red.

The backdrop: According to the HRSS report, China’s total pension fund expenditure for workers in the 32 provinces and regions grew 23.4 percent on year to 3.19 trillion yuan, while total incomes increased 19.5 percent from the previous year to 3.5 trillion. In other words, the rate of expenditure is growing faster than the salary of workers.

The regions that have insufficient pension funds for a year include Guangxi, Hainan, Hebei, Heilongjiang, Hubei, Liaoning, Inner Mongolia, Jilin, Jiangxi, Qinghai, Shaanxi, Tianjin, and the Xinjiang Production and Construction Corps. That means that over 40 percent of China is at risk of going into debt.

Between 2012 to 2016, the expenditure of China’s five social security funds has consistently been higher than the rate of increase in revenue.

Why it matters: The HRSS pension fund deficit is a ticking time bomb for the Chinese authorities. If the economy continues to worsen and retirees cannot withdraw their pension, this issue will ignite China’s long build-up of social problems.

Our take: The pension issue is one of the negative consequences of Chinese Communist Party rule. The one-child policy exacerbates the problems of China’s aging demographic, and creates a situation where fewer taxpayers have to fund an ever-increasing amount of retirees.

China’s pension deficit is also another legacy of the Jiang Zemin era. The problem is particularly severe in China’s three northeastern provinces, strongholds of the Jiang faction, owing to the policies and corruption of the regions’ officials. Younger workers are leaving the provinces in droves due to the difficulty of making a living there, while retired officials continue to draw large pensions while embezzling from the social security fund or making bad investments with it.