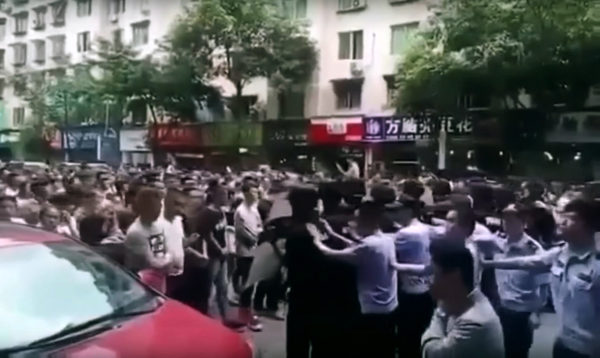 ◎ Tens of thousands of residents in Renshou County in Meishan City, Sichuan Province took to the streets for several nights starting Sept. 21.

Tens of thousands of residents in Renshou County in Meishan City, Sichuan Province took to the streets for several nights starting Sept. 21 to protest the local authorities’ decision to carve out a new administrative area in the city at the expense of the already impoverished people.

The Sichuan provincial government mobilized substantial police forces and SWAT teams to suppress the protests, but nearly lost control of the very tense situation. Eventually, the provincial authorities de-escalated the situation by agreeing to not immediately go ahead with plans to create the new administrative area.

The big picture: The Sichuan authorities’ response to the Renshou County protest—first using anti-terror tactics, then agreeing to take a step back—suggest jittery nerves ahead of the 19th Party Congress on Oct. 18. It’s likely that Xi Jinping instructed local authorities to keep their regions stable to ensure that the Congress is carried out without a hitch.

Xi Jinping is expected to fully consolidate his control over the Chinese Communist Party at the Congress.